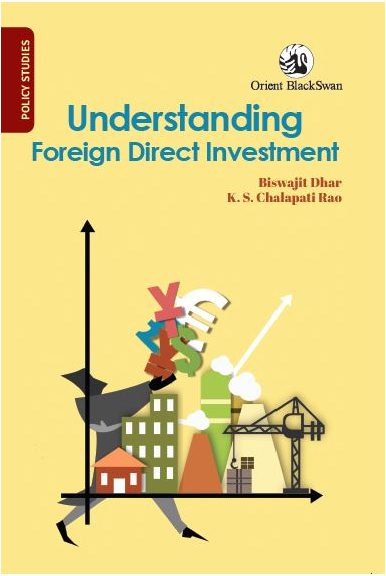 The Orient BlackSwan ‘Policy Studies’ Series is designed to address, investigate and analyse public policy in the field of governance.

Foreign direct investment (FDI) is considered an important source of long-term finance, especially for developing nations. Analysed from the point of view of its implications on the macro-economy, FDI inflows are often seen as essential in bridging the gaps between the investment needs of the country and the domestic resources available. Understanding Foreign Direct Investment traces the evolution of the global flows of FDI from the 1950s to the present.

The authors write with two broad objectives: one, to situate FDI in the development discourse in the post-World War II period, and two, to discuss India’s trysts with FDI in the decades immediately following Independence, and on to the era of economic liberalisation. If, in the early years of the post-colonial period, India displayed caution in embracing foreign investment, the 1990s saw the country enter a new trajectory of expansion of FDI. This book focuses on the role that government policies have played in making India one of the most foreign investor-friendly destinations in the world.

Arguing that FDI inflows impact both the recipients and the providers of investments, this book also discusses how the largest creditor country in the world, the United States, influenced the evolution of the global capital markets which, in turn, impacted the developing countries.

Economists, policymakers, financial practitioners, as well as interested readers will find the book informative and useful.