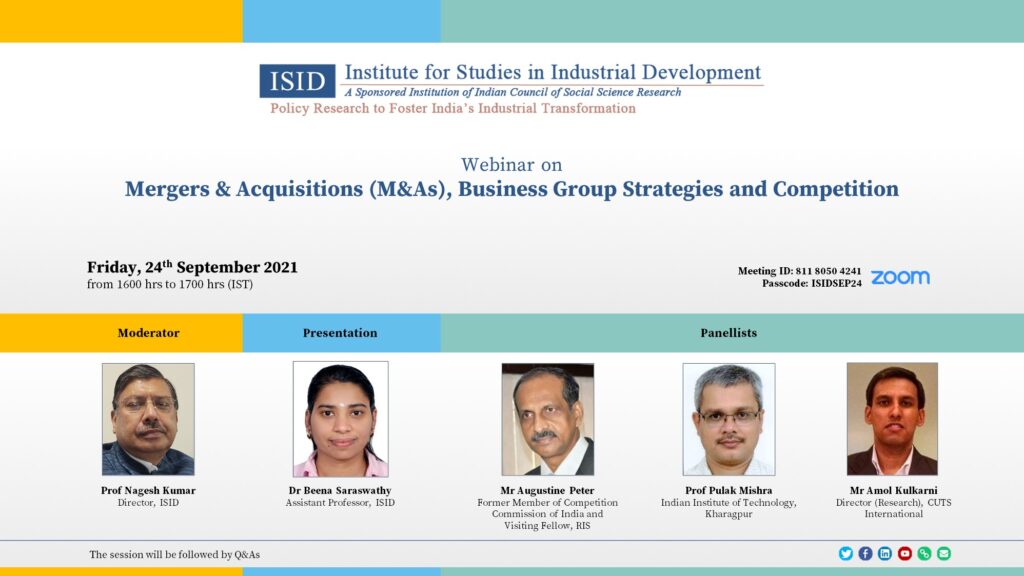 The rising disparity in the creation and distribution of income and wealth had been an important concern ever since India achieved independence. A major reason for such unequal distribution was considered to be the industrial development strategy adopted in India immediately after independence. The ownership and control of a substantial chunk of assets not only give business power, but also economic power, which further enables to gain control over the economy. The Monopolies and Restrictive Trade Practices Act Act, 1969 aimed at the prevention of concentration of economic power to the common detriment. However, the emphasis on concentration of economic power changed in the 1991 amendment. Further, the focus of the Competition Act, 2002 shifted to promoting and sustaining competition. Mergers and acquisitions by business groups might be leading to aggregate concentration, which may not be revealed in the narrowly-defined markets. The involvement of business groups in consolidation activities results in multiplier effects as they are already part of a diversified and well-structured umbrella of business with horizontal and vertical linkages.

It is observed that unlike the declining trends in the number of group affiliated firms, there has been a substantial increase in the share of assets held by group affiliated firms over time. The top business groups are at the top in consolidation activities, too. The presence of multiple affiliates of the same business groups in the same business has got forward and backward linkages in production within the same sector. Based on the assessment of product level concentration with ownership characteristics for selected sectors, it is found that the presence of business groups is increasing in products like basic metals and other transport equipment. Wherever the presence of top groups is increasing, the presence of foreign firms is less. Market shares are higher when we consider the affiliate companies as a group, rather than as individual firms. A qualitative analysis of M&As undertaken by Tata in basic metals and Mahindra in automobiles revealed that the consolidation was aimed at expanding capacities not only in various overlapping products, but also helped in the vertical line of business, where other group firms are also engaged. Such vertical linkages also projected reducing the cost of intermediary goods used by affiliate firms, which is obviously a good business model. Consolidation was crucial in getting access to various new market locations across the globe, strengthening the market leadership, access to cheap raw materials, and so on. In general, acquisitions are beneficial not only for a particular affiliate firm, but also the group as a whole since the group is a diversified unit with forward and backward linkages between affiliates. The study suggests that business groups strategically use M&As to become globally competitive, while the regulators need to ensure that it is not leading to the concentration of assets in few hands at the aggregate level. 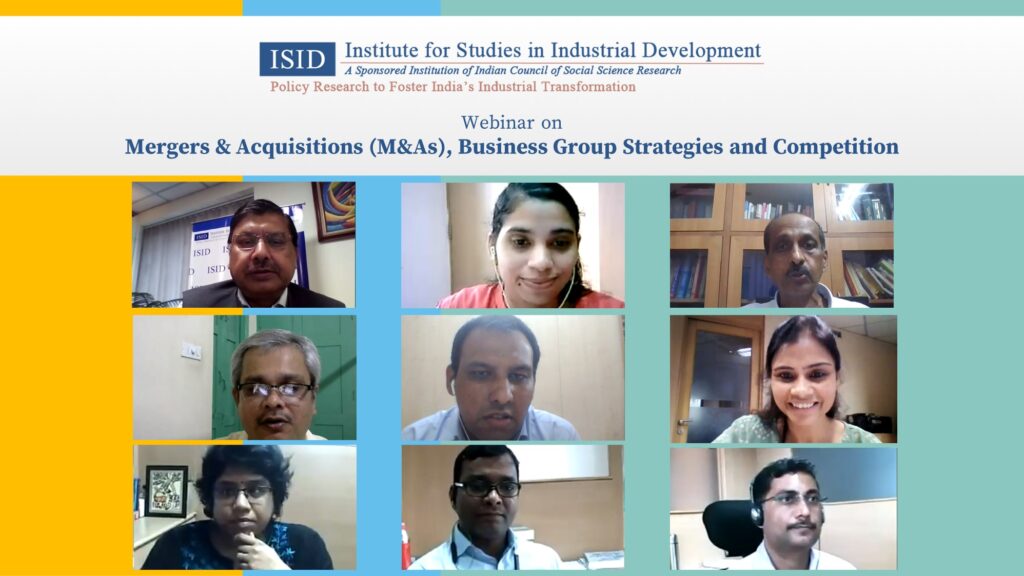