Mr N K Singh, President, Institute of Economic Growth and Chairman of the 15th Finance Commission delivered the first Professor S K Goyal Memorial Lecture on “Financing for Development” on October 26, 2021. The lecture series has been initiated by the ISID in memory of its founder Prof Surinder Kumar Goyal, to celebrate both his birthday and his contributions. 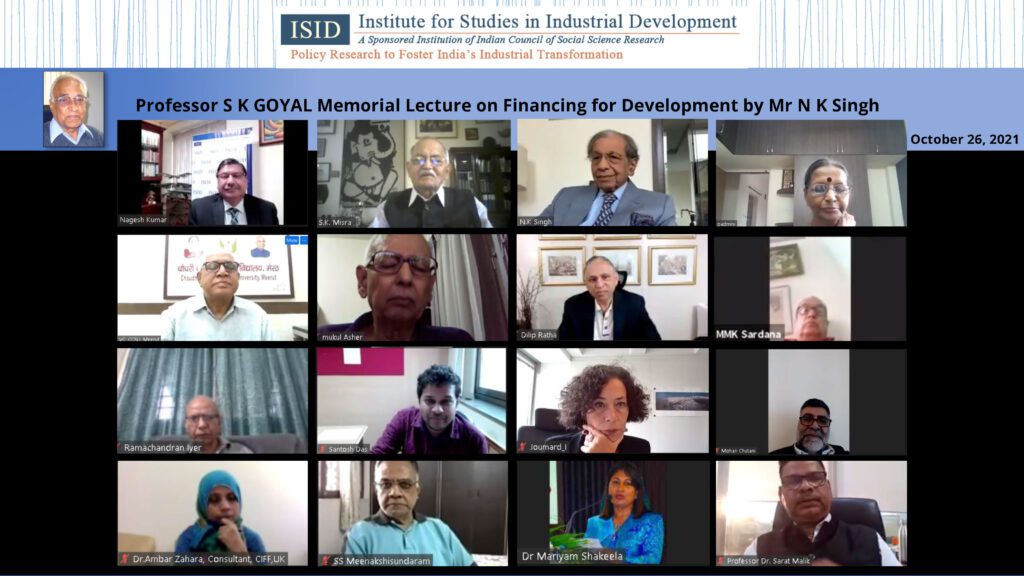 Mr Singh thanked Mr S K Misra, Chairman, ISID for giving him an opportunity to talk about this contemporary issue and commended Prof Nagesh Kumar for investing new life, energy, and dynamism into ISID. Fondly remembering Prof S K Goyal and his close association with former Prime Minister Late Shri Chandrashekhar and Dr Manmohan Singh, Mr Singh spoke of the courage and concert with which the economic policies were shaped during that time to which Prof Goyal was a party.

Beginning his lecture on what he referred to as a broad issue involving the collective efforts of many stakeholders, Mr Singh outlined some of the development challenges and possible financing modalities. He said that the IMF’s decision to revise India’s potential growth forecast to 6 per cent from 6.25 per cent citing the pandemic is a ‘gross under estimation’ and observed that calculations of growth potential are always problematic. He said that the Finance Commission, over the medium term, projected a nominal GDP growth of 11.5 percent, implying a real GDP growth of around seven percent. No doubt, this also would be an underestimation, but for sustained GDP growth we need to significantly accelerate growth in real terms to improve and enlarge both physical and social infrastructure. Also, for long-term poverty elimination, there is a need to ensure that those who escaped poverty do not go back into poverty on account of exogenous factors like the pandemic.

Mr Singh said that even before the pandemic, resource availability had been a challenge in many parts of the world. Although tax revenue has been rising over time, India’s general government revenue as a percentage of GDP is among the lowest of the BRICS countries – below the OECD average – given the smaller portion of the population that pays income and property taxes. Hence, there is a need to raise India’s tax ratio, both from macroeconomic and redistributive perspectives. Terming the move towards goods and services tax as a “path breaking reform,” he pointed out that the recent revenue data are very encouraging. Nonetheless, there are some serious medium-term challenges such as the issues of inverted duty structure, fake invoices, and the challenging issue of revenue neutral rate. To address these challenges, Mr Singh emphasised on the need for undertaking revenue administration reforms in parallel with tax policy changes; broadening the base of both direct and indirect taxes; shifting focus to indirect taxation through value-added tax; sustaining the revenue increase through administrative reforms in key compliance areas; and, building revenue from local government property taxes

The needs of the economy are multiple and growing. Hence, he sought greater attention to public-private partnership to harness the resources of multilateral development institutions for providing additional capital, but more importantly in risk mitigation for crowding in private capital is a challenge. He said that a legal architectural framework on public-private partnership will add enormous value. Besides, there is a need to focus research on emerging challenges such as climate and energy transition. He reiterated PM Modi’s recent call for ‘One Sun, One World, One Grid’ and how it will not only reduce the need for storage, but also enhance the viability of solar projects.

Financing development needs resolving legacy issues. It equally means addressing new emerging challenges. Mr Singh opined that improving our revenue performance by implementing some of the measures would be central to this objective. And, to achieve the goals, a multifaceted approach is the path forward. 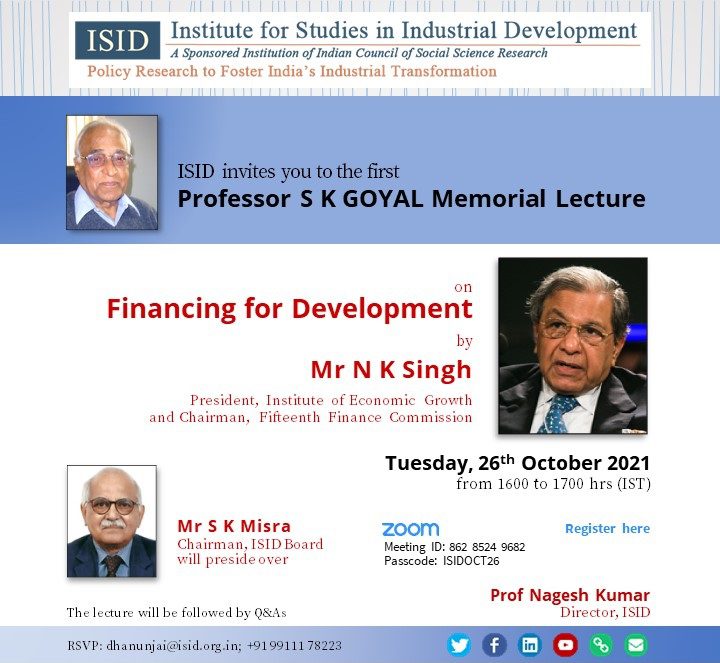