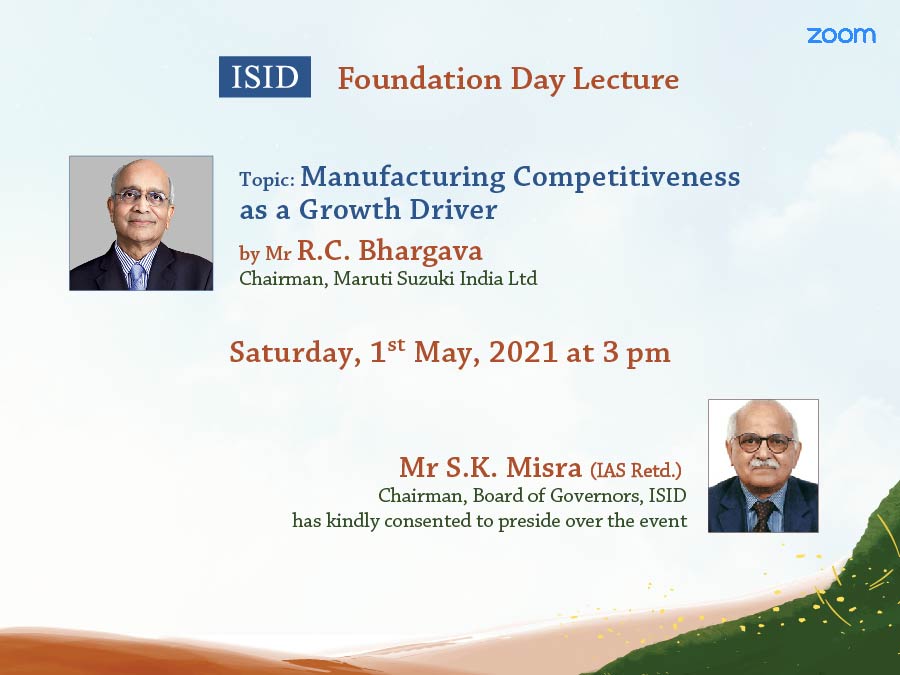 Mr Bhargava voiced his concern that the share of manufacturing in gross domestic product (GDP) remains stagnant between 14–16 percent. Despite the acknowledged importance of manufacturing as an engine of growth since the 1950s, certain factors have constrained India from to realising its potential. A key factor was the lack of importance given to competitiveness. The industrial policies pursued did not help bring down the cost of manufacturing, increasing market size, achieving economies of scale, or upgrading technological knowhow. These factors hindered competitiveness of India’s manufacturing sector. While the economic reforms in 1991 brought in the liberalisation of international trade and opening up of foreign investment, the general mistrust of the private sector continued. The export potentials were also not realised due to lack of competitiveness. Despite all reforms, growth of manufacturing remained stagnant. 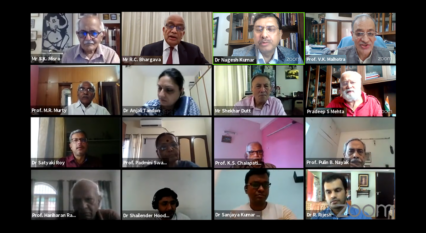 Mr Bhargava elaborated on a number of factors that could help build a competitive manufacturing sector. First, it is imperative that relation between private sector and government stakeholders is based on trust and the state recognises the private sector as an engine of growth instead of viewing profit-making with suspicion. Second, the private sector must re-invest its profit into the company. Frugal management, capping the salaries of top management, and ensuring that the profits are not siphoned away from the company are of critical importance to scale up and achieve low cost of production. Third, labour is not just a factor of production and cost but a partner in boosting the productivity of the company. It should be treated as such. Fourth, the government can help keep the costs of production low. However, this will not be a sufficient condition to achieve competitiveness as quality is equally important. The government has to induce conditions to nudge the private sector to meet quality standards. Timely decision making and bureaucracy mindful of the ground realities of business can help create a competitive environment for enterprises. Another critical role of the government is to help create demand. Without adequate demand conditions, manufacturing will not flourish. In order to achieve the target of 25 percent of share in GDP, a commensurate annual growth rate of 12-15 percent has to be attained in the manufacturing sector as well as in domestic demand. These objectives can be achieved by realising the need for attaining manufacturing competitiveness facilitated by right mix of government policies.

Welcoming the speaker and the audience, Dr Nagesh Kumar, Director, ISID emphasised that the trajectory of development in India and its structural transformation has bypassed industrialisation and moved directly from agriculture to services without bringing in the prosperity of job creation that industrialisation could have led to. He reiterated that competitive manufacturing was the need of the hour.

Mr S K Misra, Chairman of the ISID Board of Governors, elaborated that the country finds itself at a critical juncture today in meeting the challenges of the Fourth Industrial Revolution. ISID is envisaged as a centre of excellence in the critical area of industrial development that is able to provide inputs for the policy making process.