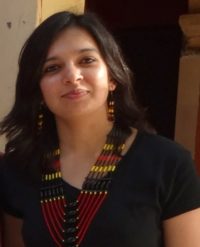 Surya Tewari is PhD in Geography from Delhi School of Economics, University of Delhi. During her PhD she worked as University Teaching Assistant. She contributed extensively to ICSSR in the preparation of ‘Journal of Abstracts and Reviews Geography’. She also worked as Research Officer in a project, ‘Urbanisation of Uttarakhand’ at ISID. The project was sponsored by Fourth Uttarakhand State Finance Commission. She also taught as Assistant Professor in Kalindi and Dyal Singh (Morning) College of Delhi University.